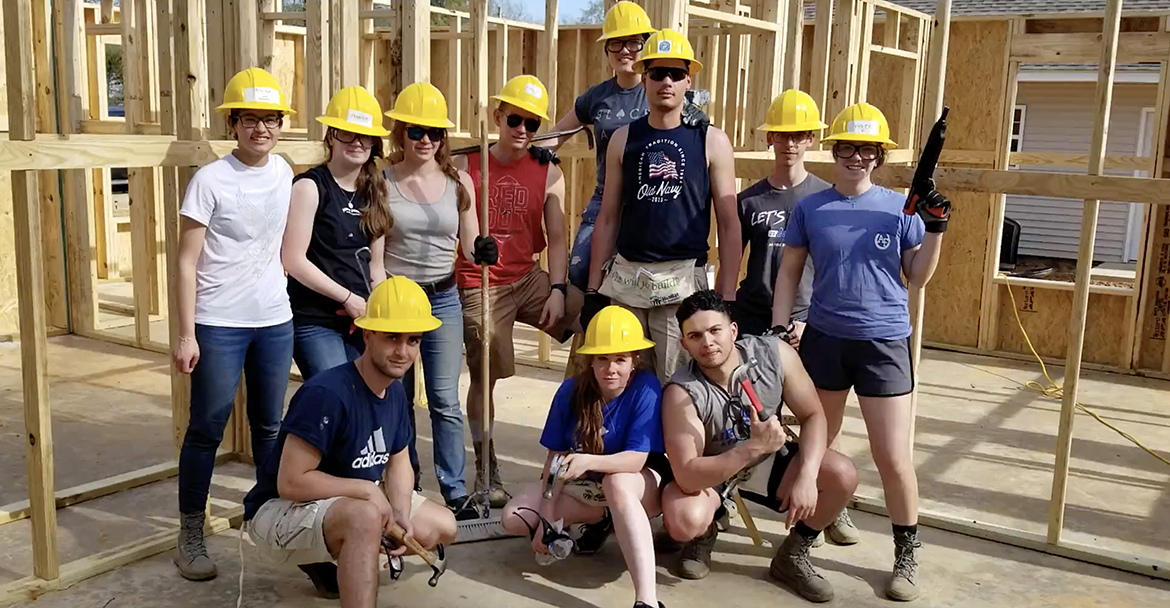 Following a 20-year tradition of community service, 92 Air Force Academy cadets traded the prospect of a relaxing spring break for a lot of hard work. They fanned out across the country to help build homes for people in need with Habitat for Humanity in Texas, California, Arizona, Oklahoma, Louisiana and Mississippi.

The cadets contributed a total of 2,902 hours of service to Habitat for Humanity’s Collegiate Challenge.

“These cadets experienced firsthand how their time and talents contributed to the well-being of the supported families,” said Lt. Col. Stephani Hunsinger, deputy chief of the curriculum division at the Air Force Academy. “Each and every one demonstrated what it means to be a servant leader and to lift others to their best possible selves.”

A team of 15 cadets worked on four homes in Corpus Christi, Texas. “The group got along well and pushed through the hard work quicker than the HFH contacts expected, thus allowing the future setup of one of the home’s foundations to be done at the correct level and in accordance with city expectations,” said Cadet 1st Class Maria Dronen. “Two future homeowners we met were very grateful.”

Eleven cadets traveled to Thibodaux, Louisiana, to work on home construction and share the mission of the Air Force Academy with people in the community.

“On Wednesday, we had the Thibodaux Corvette Club host us for lunch at the site,” said Cadet 2nd Class Fred Susuico. “They cooked up some delicious jambalaya for everyone. We also used this time to help educate our hosts about the mission of the Air Force Academy and how we train young individuals to be leaders of character and ultimately officers in the U.S. Air Force.”

Cadet 2nd Class Mohamed Ferchiou was among the 11 cadets who spent 440 hours building homes in Tupelo, Mississippi. “The big takeaway for people who are volunteering for this cause is that what we’re helping with will not only affect that one homeowner but also the generations coming after that.”